“Jennifer Harmon is the tough, wiry Odysseus. We flock to watch the tricky hero hook elbows and knees over the railings in agonies of frustration. ”   — Deborah Jowitt, Village Voice

On a ferryboat docked on the Hudson River in New York City, the audience follows an increasingly desperate Odysseus (Jen Harmon) as he (or she?) negotiates the difficult terrain of returning from war.   Odysseus wrestles with demons all the while, flirting with nymphs, battling with seduction, loss, fear, outrage and inevitable homecoming. 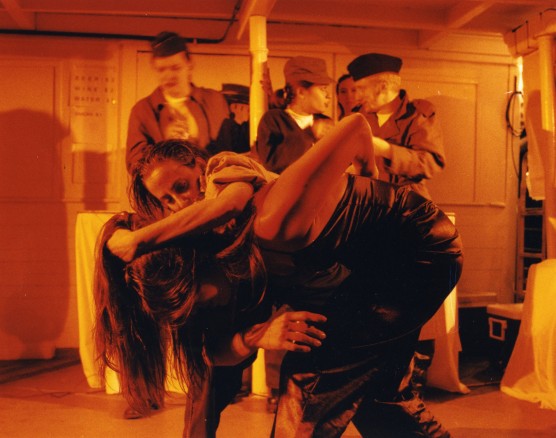 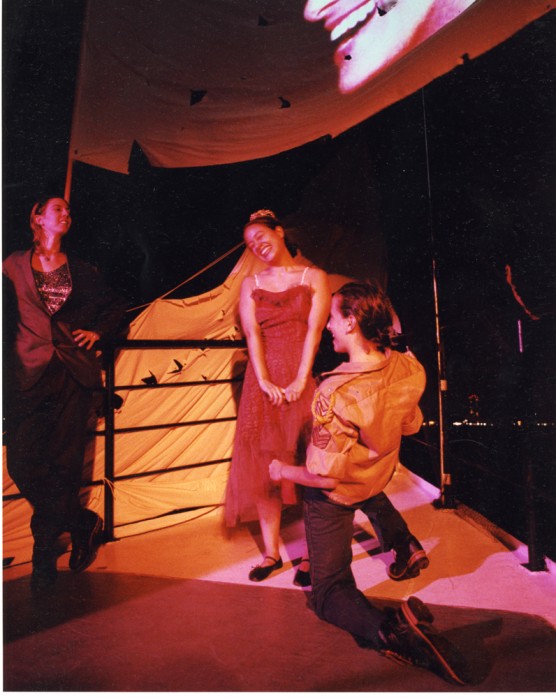 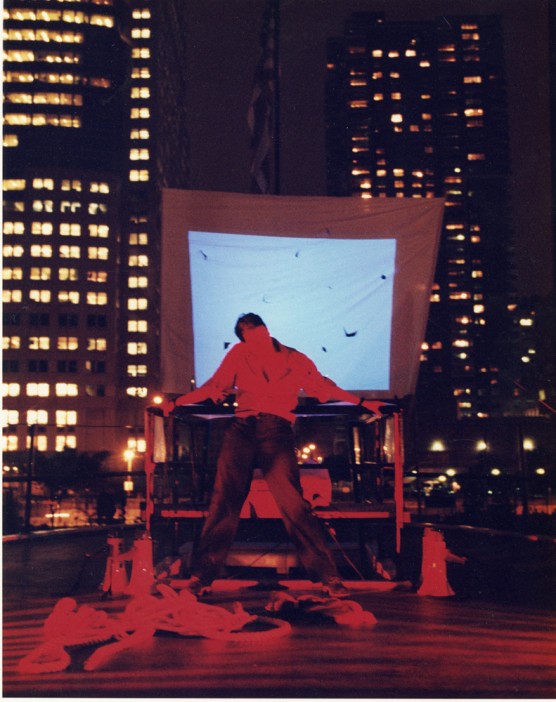