The romp through the legends of the House of Atreas is a refreshing experience.   -D.J.R. Bruckner,  New York Times

In the tightly choreographed production, the actors–from  Orestes to the Greek chorus of black-clad nurses-perform in stylized movement that serves the apocalyptic vision well.  An off beat humor has he Greek chorus of nurses turn lounge act by breaking into Leon Russell’s “Superstar.”  – Variety

This is a dark vision of society.  In Mee’s work America is collapsed Greece.  This production staged in front of, on top of, and around the old Hudson River Pier takes the audience through a maze of what is the Atreus family with each generation more conflicted than the next.  Prodded by his sister Electra–Orestes kills their mother, Clytemnestra, because she murdered their father and all the siblings are in a mental hospital.  The play full of hallucinations, takes dialogue from sources such as soap opera digest and serial killers.  A wildly visual, auditory and emotional take on an ancient tale. 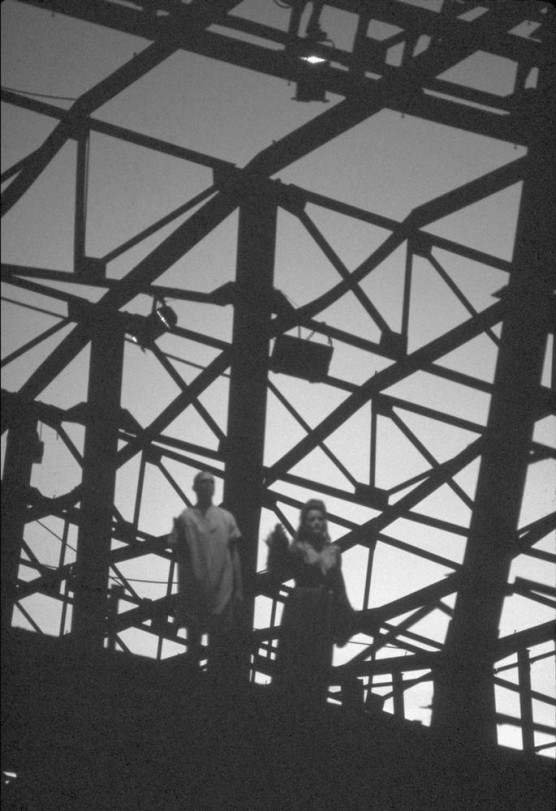 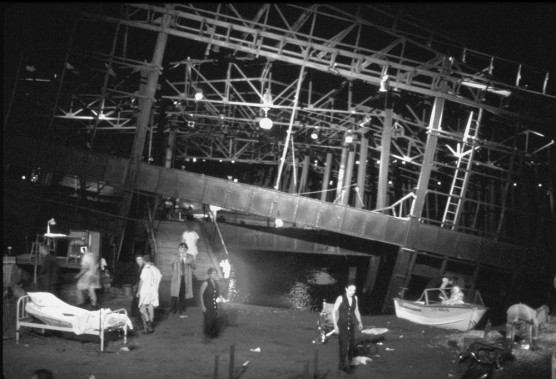